An AGM with a difference

TASC held our 2020 Annual General Meeting on 22 September 2020 at Toowoomba Hospital.  Thank you to TASC Board Director Alison Kennedy (CEO, Toowoomba Hospital Foundation) and Queensland Health for generous use of the venue.

With attendance limited by COVID-19 safety precautions, the meeting was chaired by Lesley Beames (Chairperson, TASC Board) and attended in person by Board members, CEO Frances Klaassen and a small number of TASC staff.

The AGM was a “socially distant” one, as you can see by the photos of our chairperson Lesley Beames, and the Board and our CEO Frances Klaassen with Mr Janetzki.  But it was a successful one, and we thank everyone involved.

TASC sends a special thanks to TASC Seniors and Legal Support Service Lawyer Kathleen Wincen, who led the AGM with a heartfelt Acknowledgement of Traditional Custodians that set the tone for a very special event. 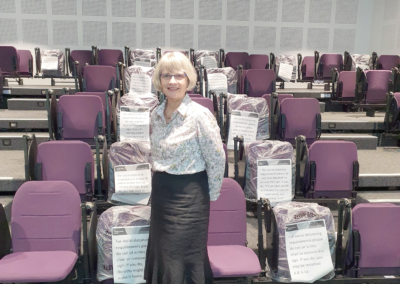 Lesley Beames, Chairperson of the TASC Board, at our “COVID-safe” venue 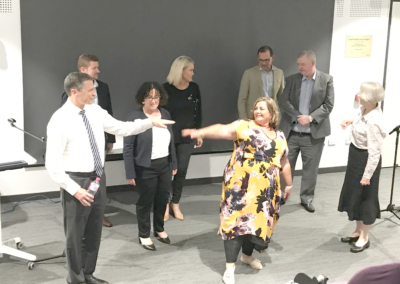 Board Director Michael Maguire and Frances checking social distancing is in place!

TASC Board and CEO with the Hon David Janetzki MP

Shadow Attorney-General spoke about the importance of community legal centres

The guest speaker for the TASC AGM was the Hon David Janetzki MP, Member for Toowoomba South, Shadow Attorney-General and Shadow Minister for Justice.

Mr Janetzki spoke eloquently and passionately about his history working alongside TASC and other community legal centres and advocates to support people who seek access to justice.  In his words, “TASC is held in very high regard no matter where I travel or who I speak with”.

As Mr Janetzki said, in his role as Shadow Attorney-General he has the “great privilege” of hearing from people who are at their most vulnerable and who connect with him about their individual circumstances as well as those seeking law reform.

Mr Janetzki talked of the strength of organisations like TASC working with government and the community to address the areas that he sees every day in his office and around Queensland, “the plight of women facing domestic violence, children in vulnerable homes, and very vulnerable in terms of neglect and abuse, and that inter-linking cycle of mental illness, and violence, and substance abuse, homelessness, and the impact all those factors play in our criminal justice system and in our communities”.

It was a pleasure for TASC to hear from the Shadow Attorney-General – a former lawyer himself who was born and raised in the Toowoomba region– on issues so close to our heart.  We thank Mr Janetzki for taking the time to join us in a very busy year. We are TASC: a not-for-profit community legal and social justice organisation that has served the Queensland community since 1982. We deliver free legal, advocacy and social services for people living in Toowoomba, Ipswich, Roma, and rural and regional communities in the Darling Downs and South West Queensland. 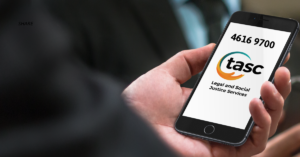 A Thank You To TASC 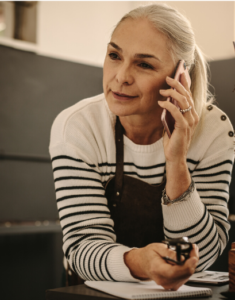 "The service has been so valuable …

... and has given me such peace of mind ... I know that someone is supporting me and I am not alone. It has helped me to sleep again".

Who TASC Can Assist

TASC is funded by government to help people in Toowoomba, Ipswich, Roma and surrounding areas get access to justice and free legal and advocacy advice.

Our priorities are to help people who are on a low income, in financial hardship or other vulnerable situations like needing information on domestic violence orders.